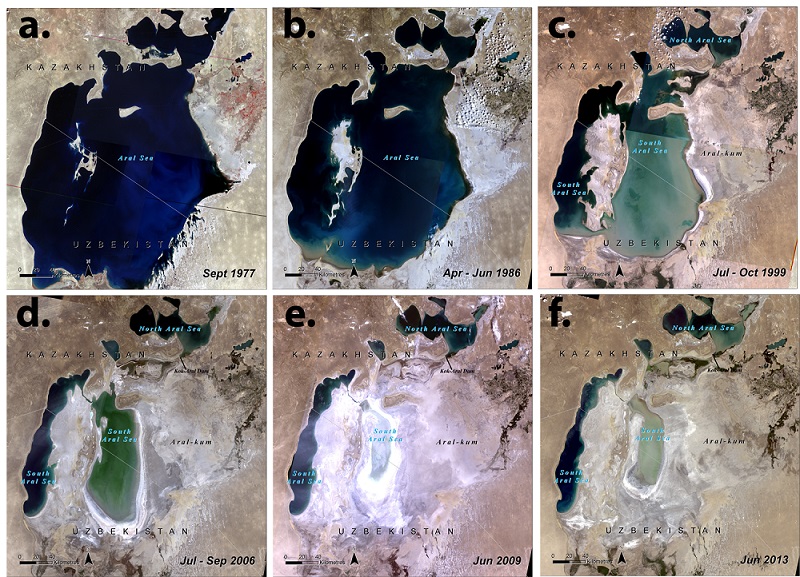 The CAREC Institute and the Xinjiang Institute of Ecology and Geography, Chinese Academy of Sciences, in collaboration with more than 20 co-organizing partners organized a virtual international symposium on “Ecological Restoration and Management of the Aral Sea” on 24-25 November 2020. The main aim of this symposium was to establish an international platform for scientific research promotion and knowledge sharing on ecological safeguarding and restoration of the Aral Sea. Leading researchers, experts and policy makers from Central Asian countries, regional and international development agencies attended the symposium and delivered presentations to propose innovative ways for ecological restoration and management of the Aral Sea.

Among other high-level dignitaries, H.E. Ibrokhim Abdurakhmonov, Minister of Innovation Development of the Republic of Uzbekistan, delivered a resounding keynote speech. His Excellency highlighted the importance of Aral Sea restoration and management for Uzbekistan and the region. He called for coordinated and collective response to the Aral Sea ecological issues while reiterating Uzbekistan’s strong will and readiness for cooperation in addressing climate change issues.

Subsequently, leading experts began deliberations, based on which the expansion of intensive and wasteful irrigated farming during the former Soviet Union time were highlighted as the main causes for the drying-up of the Aral Sea. Mismanagement of water was highlighted repeatedly as one of the main reasons for ecological degradation. Timely needed environmental safeguarding during the Soviet Union time was ignored that led to the drying up of the Aral Sea. The world’s 4th largest lake dried up, creating 5-million-hectare new desert, the Aral Kum. Millions of tons of dust and salt from the damaged ecosystem of the Aral Sea have been affecting both irrigated lands, health of populace and threatening ice cap of the mountains in the region and the surrounding areas. Moreover, salinization, land and water degradation, biodiversity losses have been regular and constant problems that Central Asia has been facing.

The scale of ecological catastrophe in the region has been threatening sustainability of national economies. The Central Asian agriculture economies have been heavily dependent on water historically. As much as 90 percent of the total water withdrawal in Central Asia is used for agriculture, which contributes to nearly 45 percent of the GDP and 50 percent of employment in the rural areas.
The gradual desiccation of the Aral Sea has caused the North Aral Sea (or the Small Aral Sea) to fragment into several parts. As part of Kazakhstan’s efforts to save the northern parts of the Aral Sea, the Kook-Aral dike, a dam was constructed in 2005 leading to a gradual replenishment. The southern part of the Aral Sea suffered the most from diminishing water inflow with only 60 km3 water is left.
Currently, strong initiatives are undertaken by Uzbekistan through the establishment of a Multi-Partner Human Security Trust-Fund for the Aral Sea region (MPHSTF) in 2017 under the auspices of the United Nations to reverse the desiccation trend.

While such national efforts are commendable, further collective, and regional cooperation is needed to effectively restore and manage the Aral Sea to avoid more environmental consequences in the region. Otherwise, major problems related to the Aral Sea will continue escalating. There will be more public health problems in the region. Local economies and living conditions will further deteriorate. Local tourism industry will continue declining, and cultural heritage of the local population will be lost. More concerning, there will be increased environmental migration.

Recognizing the scale and potential threats of the Aral Sea degradation in the region, the CAREC Institute pledged further efforts and invited national and regional development partners to join hands in leveraging resources to accelerate research and capacity building in climate change. This is to further strengthen research-based capacity building and policy making in the region under regional groupings such as the CAREC Program to address pressing environmental issues like the Aral Sea. At the end of the symposium, the CAREC Institute proposed setting up an Aral Sea Observatory as the next step for laying the foundation for a practical multi-stakeholder collaborative platform.