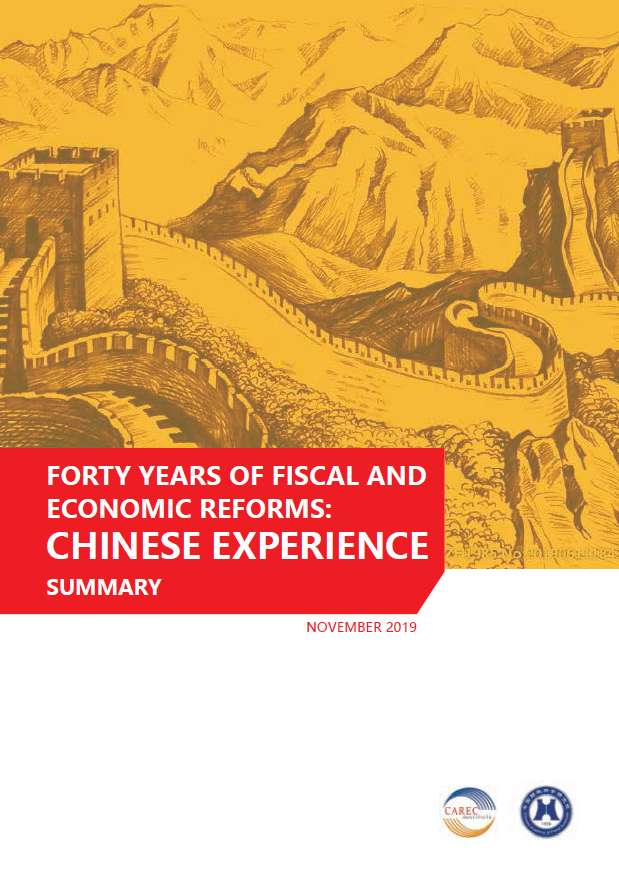 The Chinese Academy of Fiscal Science (CAFS) and the CAREC Institute undertook a joint work to mark 40 years of the reforms of the People’s Republic of China (PRC), and share knowledge about the PRC’s policies and practices across a range of sectors including: public private partnerships, state owned enterprises, small and medium enterprises, e-commerce, fiscal policies, public sector reform, urbanization and municipal services, poverty alleviation policies, trade policy, and trade facilitation reforms.

The Chinese reform experience proved unique – an undertaking never accomplished by other socialist countries. It was a progressive reform path where various systems interacted, influenced, promoted, and governed one another. Metaphorically, the reform journey was compared with “crossing the river while feeling the stones,” meaning that policy makers were engaged in a continuous cycle of learning, reflection, adjustment, and issue-focused targeted implementation. Adjustments were timely and adequate to maintain a dynamic balance.

These reforms resulted in the government function optimization, improvements in public service capabilities which ultimately lifted hundreds of million out of poverty, and improved people’s living standards substantially. As a result, by 2019, China has graduated as the second largest economy in the world, second largest contributor to the United Nations, and a significant investor around the globe.

The summary volume of English translation describes the context of policy decisions for all mentioned sectors, elaborates on stages of development, and aspects of particular policies. The original version of the book has been published in Chinese in August 2019.