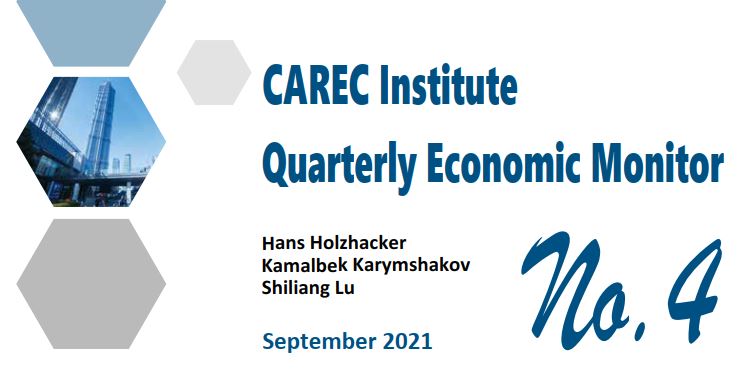 Our fourth CAREC Quarterly Economic Monitor (QEM) is out with new data and findings. The new QEM writes that CAREC members are recovering relatively quickly from the deep recession caused by the COVID-19 pandemic in early 2020. GDP levels were 2.8% higher in the first and 2.2% higher in the second quarter of 2021 at constant prices than in the corresponding periods of 2019. The recovery is led by agriculture, manufacturing, and services. For mining the picture is more mixed.

Industrial production and retail sales indicate that both production and consumption exceeded 2019 levels in several CAREC economies in 2021, consumption less consistently though. Inflation, hotly debated internationally, substantially accelerated also in several CAREC economies, but doesn’t look too worrisome. Average CAREC annual consumer price inflation accelerated to 8.6% by July 2021, a level not seen since 2011, however this is likely to be transitory given rather moderate food price inflation, consumption that spiked in some months but has remained largely below 2019 levels and rather slow wage and income growth. Social and economic mobility has not fully recovered yet from the COVID-19 pandemic, but the correlation between mobility and economic performance appears broken. Vaccination progress and the vaccine acquisition rate of the CAREC region is however relatively low on average , posing new threats to public health and the economy.

The new QEM discussed many other areas including a snapshot of regional news.